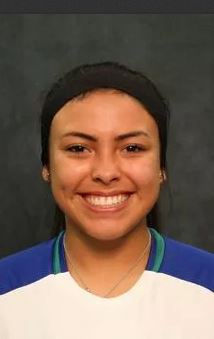 Dynamo alumni Yvette Franco was named Soccer MVP at the 14th Annual Islanders Student-Athlete Banquet.  Franco is a senior at Texas A&M Corpus Christi (TAMUCC) where she has been playing for the last four years.  She was also recently named 2nd team All-Southland Conference.

According to the Southland Release, "Arguably the most impactful performer in Islanders history, Franco netted four goals with three assists during the 2016 campaign to finish with 11 points, her second-best year on the Island.

Hindered by an injury at the start of the year, the Corpus Christi native was held scoreless through the first 13 games of the season. Starting with an overtime winner against Incarnate Word on Oct. 7, Franco went on to record a goal or assist in five of the final six games, including a game-winner against Northwestern State on Oct. 14. "I'm very happy for Yvette in her senior year to break out at the end of the season and be rewarded for that extra push," Caldwell said. "It's a nice way to end a fantastic career."   The forward etched her name in the single-season record books for her performance during her senior year, taking over the top spot in shots, shots on goal and assists. Her four goals were the most scored by a senior in program history, joined by Erdmann.   Franco's career came to a close last Friday, leaving her at the top of six offensive career categories – goals, assists, points, shots, multi-goal games and game-winning goals.   She was named All-Southland Honorable Mention after her sophomore season in 2014."